Our first Pornokino: what happens inside a huge German adult cinema? 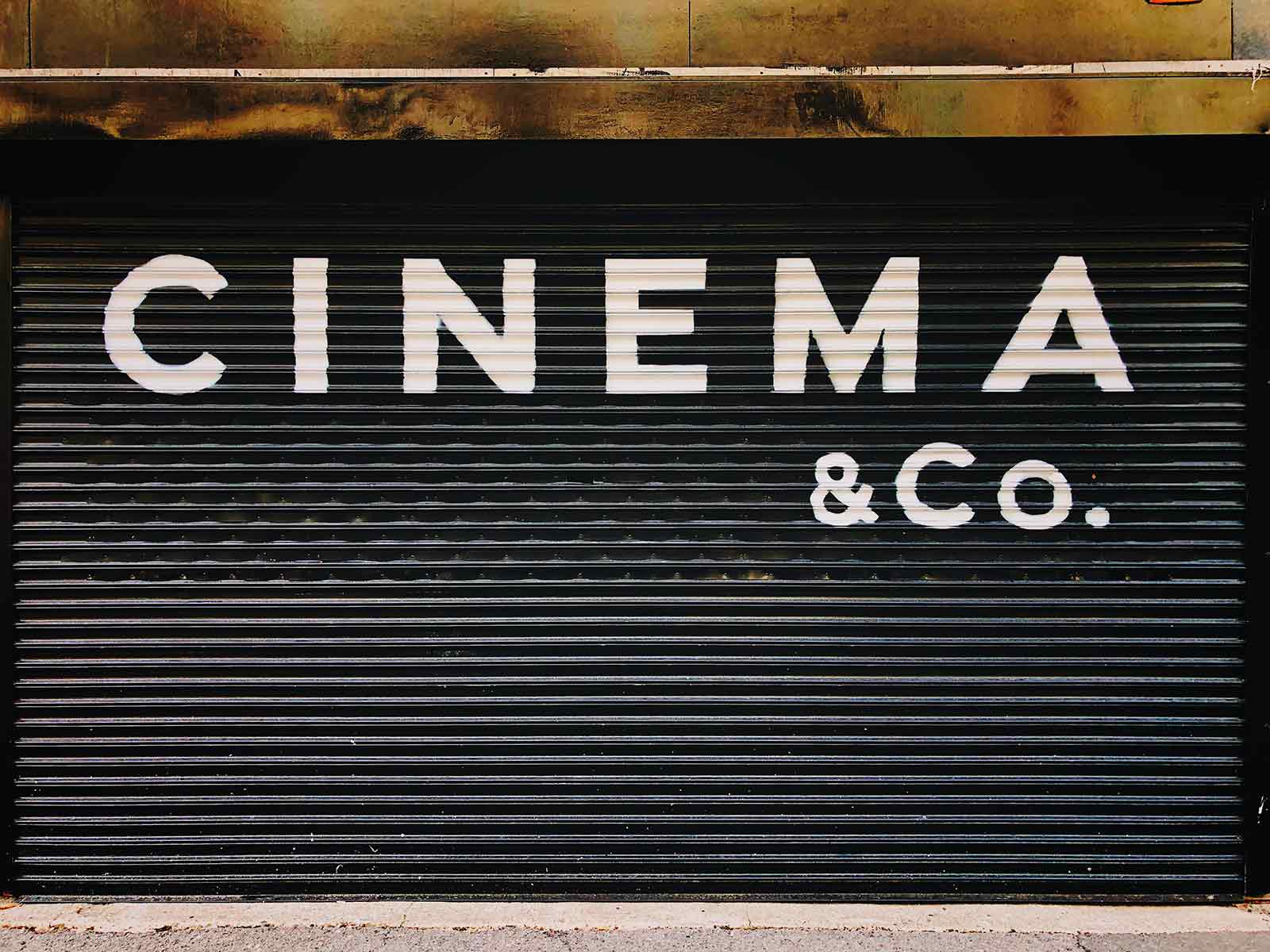 Pornokino: a place for a date with another couple?

Which is why we were somewhat surprised that, when we would discuss a face-to-face meeting with another couple on Joyclub – the Germany’s online swinger community, a “Pornokino” was suggested. Not once and with one couple, but across encounters. At first we found it weird and funny even, but the insisting on a date in a pornokino made us wonder. Especially because such proposals would typically come from younger couples (early 20s).

After much hesitation, our curiosity prevailed. We decided to accept an invitation of a couple to meet – in a pornokino.

The less cool thing was that we got stood up. In fact, we figured, the couple was probably not really a couple but a single guy who wanted to lure us into meeting him. Still, at this point, nothing could derail us from checking the pornokino out!

Inside (maybe) the biggest sex shop in Europe

As expected, the pornokino was super easy to find – impossible to miss even, as it as has its own building at a big junction a little bit outside the city. As we walked into the shop, we were surprised to see how bright it was inside. Too bright almost for anything open at 22h that is not an all-night pharmacy or a Turkish convenience store.

The shop was indeed huge and had an impressive assortment of slightly overpriced toys, clothing and other kinky paraphernalia. We totally recommend browsing through!

To reach the pornokino, we were told to go downstairs and buy the ticket at the machine before the entrance. We proceeded resolutely. As we descended into a far darker realm, we noticed a couple of single men walking around in a familiar way. Once you visit dozens of sex parties, nude beaches and resorts, you can’t possible mistake a man who is desperate for some live action for anything else. That didn’t look good but, seriously, how bad can it be?

Into the underworld: the 20+ rooms of the adult cinema

Have you ever felt like being in a perfect setup for a horror movie? You go down the stairs into a basement and find yourself in the middle of a long corridor, or several corridors, in fact. The lights are dimmed, there are no windows and the only thing you see are silhouettes of male figures and their shadows, moving slowly in a zombie-like way. The air is barely breathable and the thing you inhale is, in reality, a mixture of cigarette smoke and evaporated urine. And all you hear is humming of the aircon intercepted by low-quality sound from what is probably a movie being screened further down the corridor.

Well, that’s the exact description of this pornokino on a Saturday evening. You think we turned and left? Not so fast. The corridors led us to different rooms, each screening a different movie. Not exactly in HD.

Unsurprisingly, our presence soon attracted attention of the zombies, some of whom became rather “loyal” and started following us around.

By our own counting, there were between 10 and 15 single men patrolling the corridors. Some were gay, but most did not look like gay. A few of the rooms looked cleaner than others but overall not inviting for sitting, let alone anything more.

Playrooms for couples, no entry for pushy singles.

Interestingly enough, there were two rooms which only couples could access and they were both taken. One was packed with four couples, in their fifties, and the other was taken by a younger couple who did not want anyone else in (which they, truth be told, are not allowed to do). We made several rounds, saw 15 minutes of a movie (it was so absurd that we just had to continue watching to figure what on earth that was all about) and then decided to leave. We went back up to the shop to check out some more corsets and strangely shaped dildos.

So, why would a young couple, or any couple in fact, propose meeting in a pornokino?

Here’s a theory: many young people in Germany don’t have the privacy to meet other couples for some hanky-panky at home, as they tend to live either with parents or in shared flats. They probably do not earn as much and can’t afford to regularly go to swinger clubs which are not cheap and which may be in a different town.

These reasons may also be valid for older couples. For some of them, clubs may also be expensive and too far to bother. Pornokinos are much cheaper and more common. Privacy may also be an issue as some may have children at home.

Maybe other pornokinos are better or this one had a bad night when we visited it, we can’t really tell. We also have some not-so-bad experiences. But for the time being, we may wait a little bit until we decide to go for another pornokino adventure in Germany. But the sex shops – that’s another story.

Wanna know where all the cool parties are?

Our favourite resource when we look for parties in Germany (and beyond) is Joyclub, the most active community in Europe and the site of reference for pretty much every club in Germany. Their calendar for “dates and events” is simply incredible. We have profiles in many swinger / lifestyle / swinglifestyle websites around Europe, but Joyclub  is by far the most advanced.

If you sign up with a premium profile you usually get 10 € discount whenever you attend a party, and the membership for couples costs as little as 4,90 € a month when you get the 6 months discount. They have a “try and see” package as well, which is valid for one month and costs as little as 9,90 €. To get the lowest prices you should be “verified”, which can be done in most clubs once you show up in person at an event. The main interface of the site is in German, but they have also English, Italian, French, Spanish and Dutch translations. The support service is in German and English.

Have fun, and maybe see you at one of the parties in Germany! In case you sign up, let us know via email, and we can give you our nick on Joyclub to keep in touch.

Germany: still the best European destination for swingers in 2020?

Ever thought about swinging in Germany? Germany does not usually…

Cap d’Agde is one of those places everyone knows about but few have actually been to.